For three years, the synergy between Haute Material and Colmar has resulted in a series of events during the Milan Design Week as well as during the Christmas season, in a contamination between the world of design and fashion.

From 2015 to 2017, both the Colmar showroom in Via Borgonuovo (within the Brera Design District) and the Colmar Lab flagship store (in Gae Aulenti square), were in fact the setting for the “Haute Material meets Colmar” events during which the new products presented by Haute Material stood alongside the fashion brand’s new collections, with specially designed installations.

In conjunction with Milan Design Week, the partnership between Haute Material and Colmar is renewed. The study and setting up of the Colmar Lab in Piazza Gae Aulenti are characterized by the taste that is transversely expressed in fashion, in the kitchen and in design.

To frame the Colmar proposals, the Integra kitchen island (design: Giuseppe Pruneri), the Cicero cutting board (design: Luca Pegolo), the Scratch boiserie (design: Mauro Brazzo) and the etagère Cargo (design: Emilio Nanni). The Falesia kitchen with Sintesi stools (both signed by Luca Pegolo) is housed inside the store. 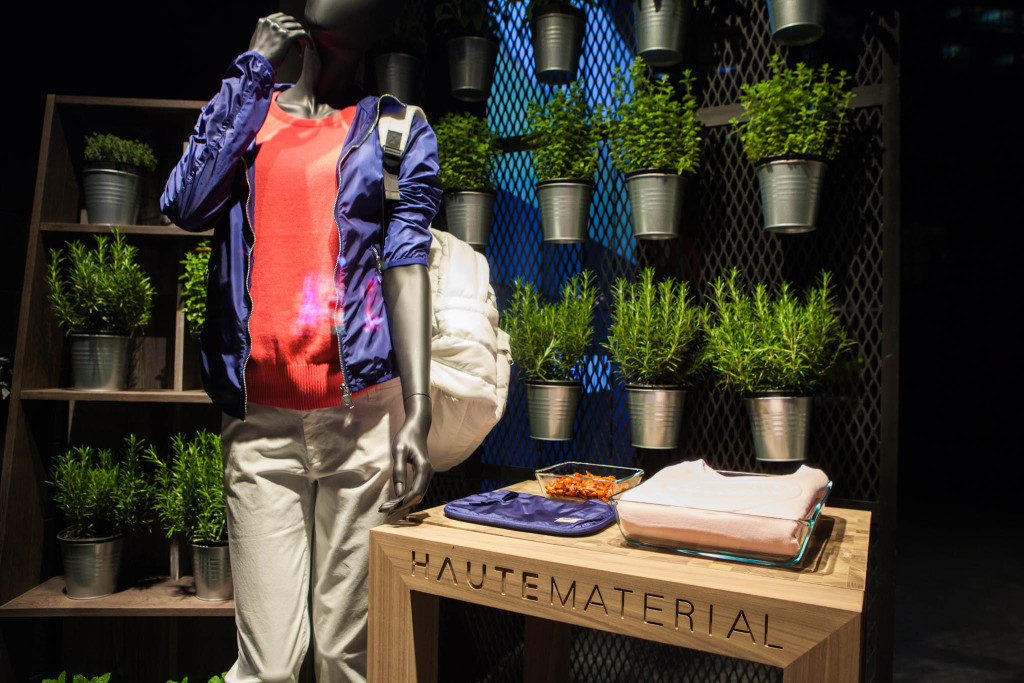 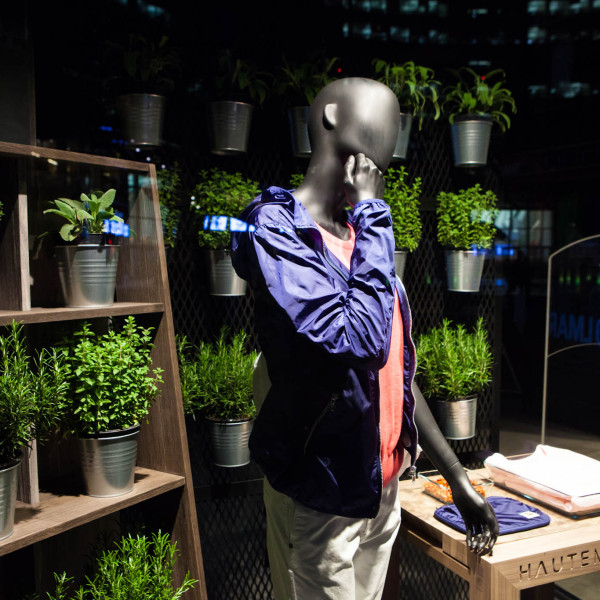 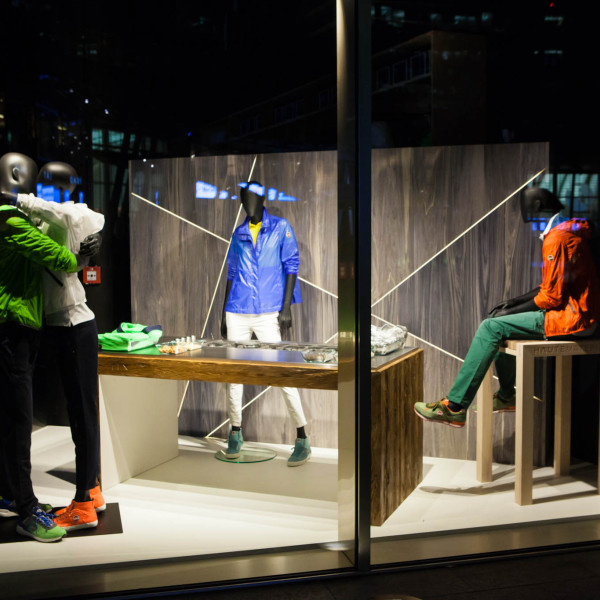 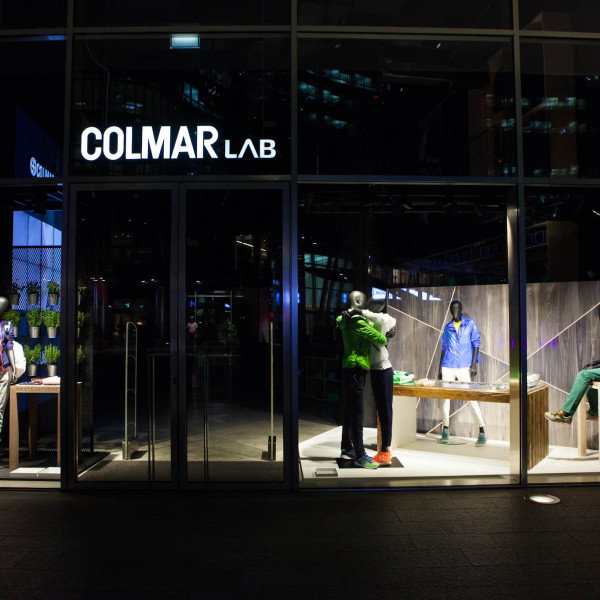 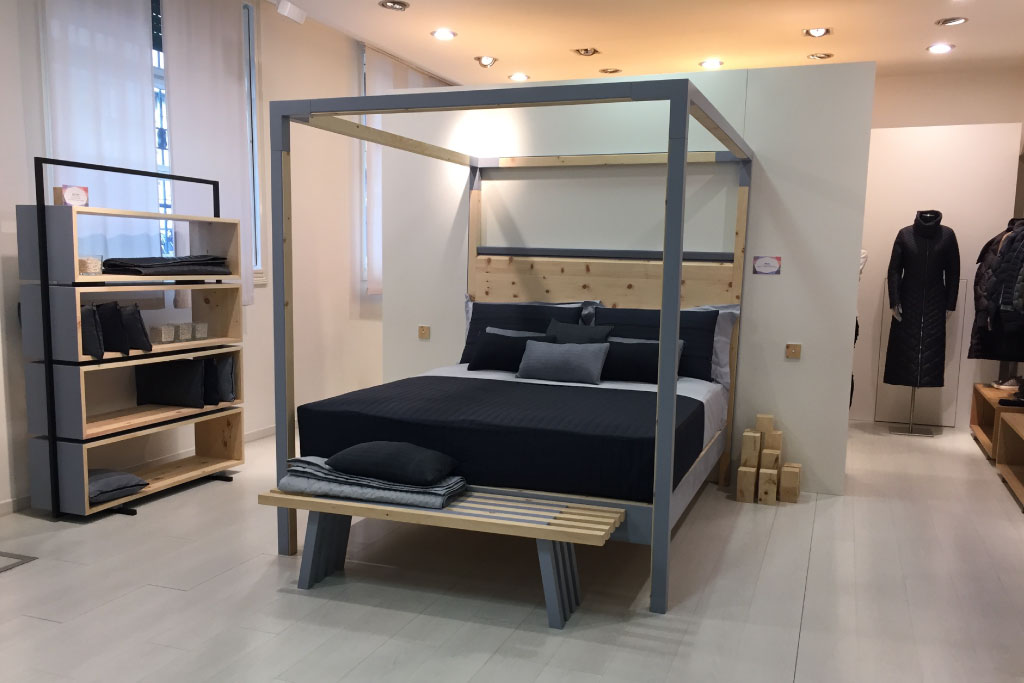 Milan Design Week was the occasion to present to the public important new developments in interior design.
Inside the Brera Design District, the Colmar showroom hosted new products by Luca Pegolo, Mauro Brazzo, Emilio Nanni, and mainly characterized by the use of Harborica®.

The innovation of this patented coloured wood, however, did not only concern furniture and accessories, but also surfaces, characterizing the location with floors and boiseries. 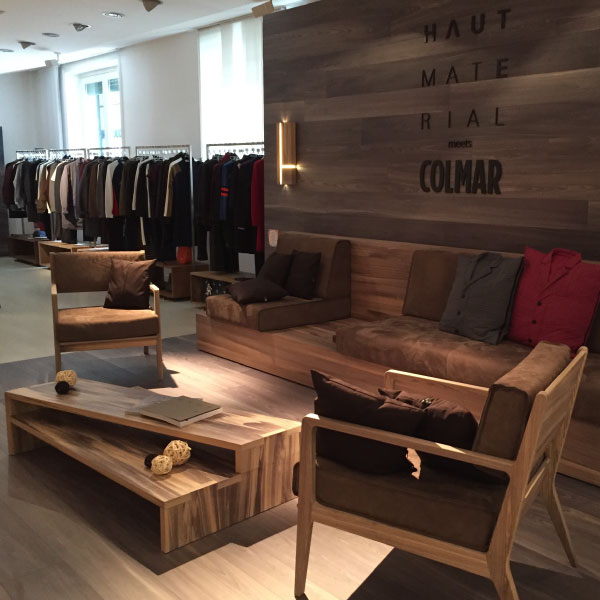 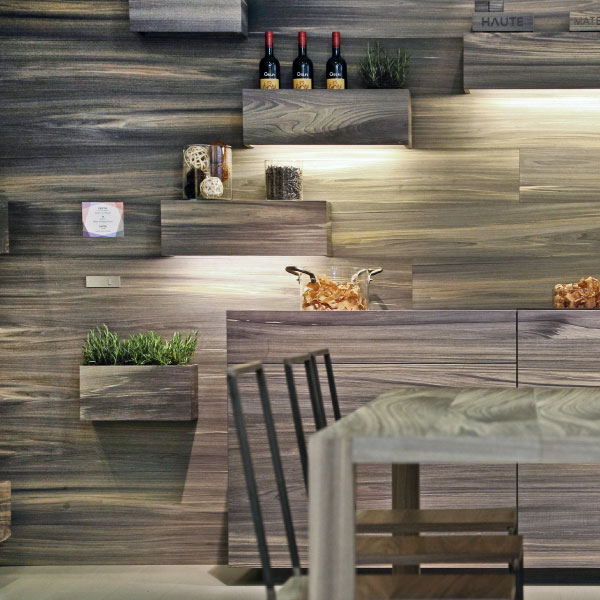